Are you sick of trying to fix your IT Band Syndrome by stretching, strengthening or foam rolling your Iliotibial Band?

You don’t need to waste your time with that any more. Here you will find a clear summary of what really causes IT Band Syndrome and what you can do to really help it. All based, as always, on current research and good old-fashioned experience from a runner and physiotherapist to help you heal strong and fast.

What is IT Band Syndrome really?

IT Band Syndrome is a common overuse injury in runners and cyclists and is commonly thought of as a friction syndrome.

First of all, the one myth that needs to be sorted out is this:

IT Band Syndrome is caused by friction, from the IT Band rubbing over the lateral knee

False: IT Band Syndrome IS NOT CAUSED BY FRICTION and the IT Band CAN’T SLIDE OVER THE LATERAL KNEE

Recent evidence shows that it is not due to friction and that there are some easy treatments and exercises that can effectively treat it.

In actual fact, IT Band Syndrome is caused by compression of the IT Band. Lets have a quick look at the anatomy so that you can see why this is:

How IT Band Syndrome happen then? 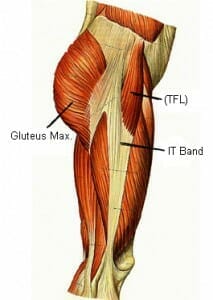 The IT Band is a thick tract of connective tissue which connects up your hip muscles to the knee and helps stabilize the knee in the process. It originates from the Gluteus Maximus and Tensor Fascia Latae muscle (see in the image to the right) and ends up attaching into the tibia (right up the top of your shin bone).

Before attaching into your tibia, the IT Band crosses over the lateral femoral epicondyle (where IT Band Syndrome pain is felt). For years it was thought that the IT band slid back and forth over this epicondyle as your moved your knee (and this is still far too popular theory: 1,2,3). Fortunately it has been proven through studying cadavers and use of MRI that the IT Band is actually anchored to the femur by fibrous strands and so cannot actually slide – so, no friction. The MRI’s also showed that at this point, underneath the IT Band is a layer of fat, full of little nerves and blood vessels, making it very sensitive, especially when compressed.

So from this, based on anatomical findings at least (which are hard to argue with) IT Band Syndrome is associated with compression of the sensitive layer of fat beneath the IT Band rather that friction.(4) This knowledge of the IT Band and it’s attachments isn’t all that new but has unfortunately been overlooked and ignored for too long. A big driver behind the myth of ITB friction syndrome is the perception that movement of the ITB across the epicondyle can be felt, but this is an illusion because of changing tension in its anterior and posterior fibres.(5)

Risk Factors for IT BAnd Syndrome

ITB syndrome is a repetitive strain injury caused by the IT Band compressing the layer of fat beneath it. The factors leading to this happening are thought to be:

The good thing is, if these biochemical issues are found and addressed, a resolution can be found.(6)

So, here is how you should go about treating your IT Band Syndrome the right way.

1. Get a biomechanical assessment done by a sports physio or similarly qualified health professional. This should look at the strength, control and endurance of your hips, whether your have hip drop etc. They should also check out your technique.

Tip: As well as this, you can do a quick test at home to see where you are weak – See this post to find out how easy it is.

2. Start your rehab exercises that you can find detailed on a past blog post here

3. Make sure that your running technique is spot on – Your physio can help with this, or check out this post for some easy tips.

4. Shoes: Make sure that you shoes aren’t too old and worn and ensure that you do not drastically change shoe style. For example, don’t go from a cushioned, controlling runner to a minimal Nike or Vibram all of a sudden – it needs to be gradual.

How To Treat Shin Splints At Home

Hydration guide: How much water should you drink? 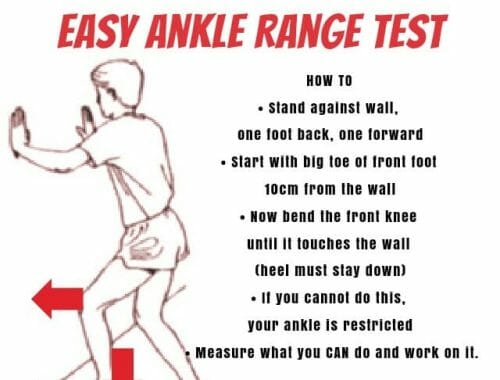 This site uses Akismet to reduce spam. Learn how your comment data is processed.

Want to treat your body better? 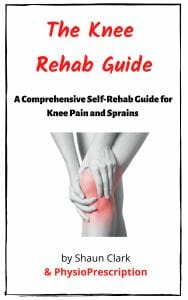 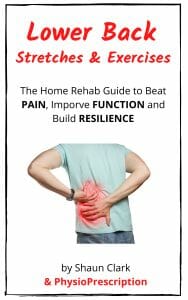 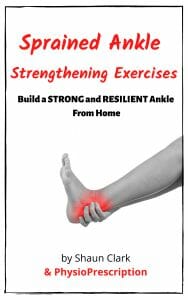 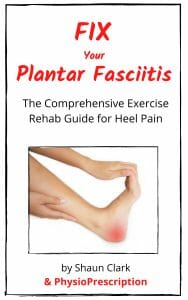