What causes cramp? Maybe not water or electrolytes… 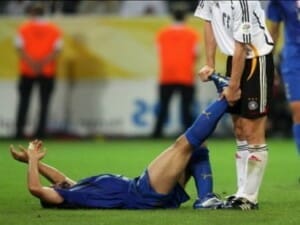 Muscle cramping is something everyone has had at some point, and something athletes often battle with, even with adequate liquid and electrolyte consumption – So why does it still happen? To answer this we need to look at new research on what causes cramp and you might be surprised by the results.(2)

New research over the last 15 years is suggesting that cramps are actually due to changes in the central nervous system – If this is proven to be definitely the case and hydration is shown not to be a major cause of cramp, it could change a lot as many DNFs and even a few athlete deaths have been put down to over-hydration(1)…

Now neither theories have been definitely proven, so here is a brief summary of the two so that you can make your own mind up on what causes cramp:

This theory suggests that sweating from exertion causes the interstitium (also called the “tissue space” or the fluid around your tissue cells) to contract – then causing pressure on nerve endings. This, as well as increased concentration of excitatory chemicals in the interstitium due to decreased volume, is thought to be what causes cramp.

There is reasonably low evidence for this theory and no evidence has shown an increase in this pressure or excitatory chemicals in athletes with cramp. Also on a side note, this theory does not at all explain how static stretching can help cramp as stretching does not change the interstitial pressure or chemical make-up.

New studies theorize that when a number of factors combine to increase alpha motor neuron excitability (motor neurons of the spinal cord and brain stem send signals for muscles to contract). Some of these factors (among others) are:

It is not yet fully understood how things like fatigue increases spinal excitability and hence influences muscle cramp onset but none-the-less it is a valid theory and needs to be further explored.

Here is some food for thought on what causes cramp: In a couple of studies, when cramps were induced with low-frequency electrical stimulation – the susceptibility to cramp remained unchanged whether patients were hydrated, dehydrated, pumped full of sodium or with loss of body mass.(2,3,4) So what really contributes to cramping? 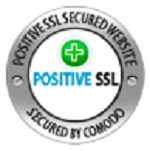